We're growing the Spine team again, this time adding Luke who will help with support and runtimes development. Learn more about Luke in this brief interview. 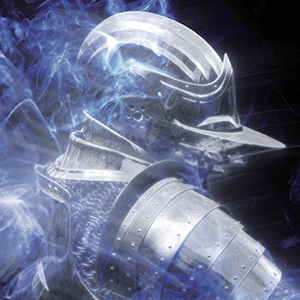 Welcome to the team, Luke! Tell us a little bit about yourself and your background

Hello everyone! My name is Luke, and I’m originally from Arkansas. I grew up messing with electronic devices, computers, and playing video games, most notably Fallout 2, Doom 2, Lego Island 2, Star Wars Jedi Knight: Jedi Outcast 2, and Bionicle: The Game on repeat as I didn’t have access to many games and still had dial-up internet. Every time that I went to friends’ houses, I would always be seeking out the video game consoles or PCs that they had on tap to try and play all of the games that they owned; most notably, I spent many hours playing Super Mario 64, Super Smash Bros., Star Wars: Shadows of the Empire, and Donkey Kong 64 on both of my best friends’ Nintendo 64s.

When I got to the high school level, Benton High School started offering programming classes.It was the only “A” I would ever earn in high school, due to my interest in computers and the ability to program a game for the final assignment at the end of the course. I was instantly hooked on being able to see something that I programmed myself come to life immediately.

After I graduated high school, I tried to go to college but didn’t do that well. So I worked various odd jobs, and enlisted in the US Air Force as a Client Systems Technician.

What brought you to Spine?

I needed a job. In all seriousness, I had just moved to Puerto Rico to join the Air National Guard and was looking to try and move into a junior programmer role, as I’d just done a software development internship with the US Air Force during the last 6 months of my contract. I had been applying for many roles similar to what I did in the Air Force (which wasn’t programming, but more general computer support), but had wanted to become a software developer professionally to gain experience and try to switch to a different role under the umbrella of Information Technology.

I applied to Spine, and had an interview quickly after. I am very thankful to be here!

What's your role on the Spine team?

Currently, my role at Spine is to handle customer service related tasks, and I will eventually transition into a programming role for Spine. I thoroughly enjoy what I do, and hope to be as helpful as possible to as many people as possible. I also fill in any role that I can, and I’m hoping to continue to grow both as a programmer and in my knowledge of Spine’s inner workings.

Question from the audience: what is your all time favorite video game?

This is a really difficult question! Depending on the day, it can bounce between many different titles, such as the original Dark Souls, the Demon’s Souls remake, Devil Daggers, Star Wars Jedi Knight: Jedi Outcast 2, or Super Mario Sunshine; however, I would have to say that if I absolutely had to pick only one game, it would have to be Bloodborne. Bloodborne’s combat system is, in my estimation, still unrivaled for how well-designed and gripping it is. The world design, lore, music, exploration, and moment-to-moment gameplay are also the peak of FromSoftware’s Soulsborne series, and I am incredibly excited for Elden Ring to release.

Say "Hello" to Luke on the forum!