The additional bone transform key frames and animation get imported correctly, however.
Why is that? Am I doing something wrong or is it impossible to import image sequences?


I use the standard procedure of importing a json file/ binary. 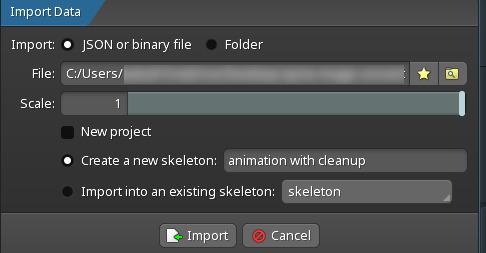 The image sequence is saved in the json file:

As is the animation: 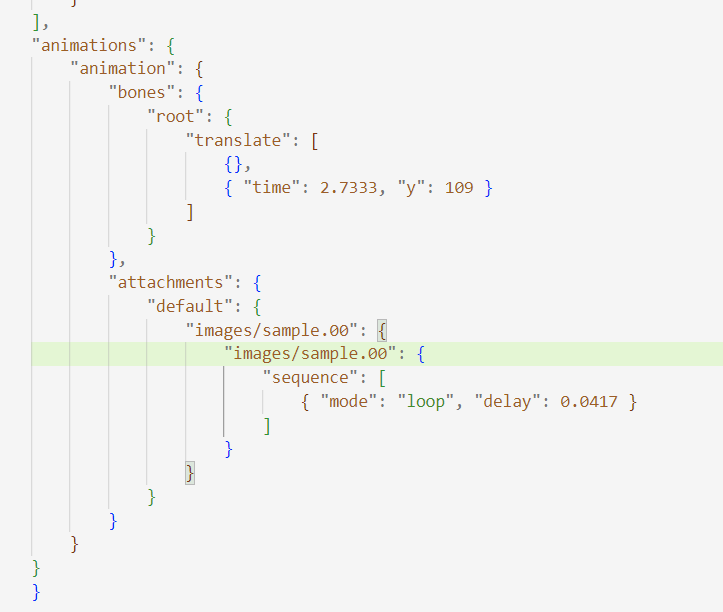 However when I play the animation, only the bone transform animation got imported!

Thank you for the report! Indeed, I am able to reproduce the problem and it seems like a bug, so created an issue ticket for this:
https://github.com/EsotericSoftware/spine-editor/issues/721

We are sorry for the inconvenience, but please wait a little longer until we fix the problem.

Okay, thank you for creating the ticket!
Is it possible to have any approximate estimation on how long it might take for the changes regarding the bug to be implemented? A week, a month, several months...?
I'm in no particular rush about it. But it could help me to know, because if it might take only a week, I would wait, before continuing the current project. If it's more likely to take longer, I will work with what I've got right now instead.

I am afraid but we are currently working on a number of issues and I can not answer when the fix will be released. Also, once we have fixed the problem in the unreleased version, we may release it after other bug fixes that we want to release together are completed, so even if this bug itself is fixed first, the release might come later. We cannot say for sure, but it would be better to assume that it will take more than a week.

Thank you Misaki for the detailed description of your upgrading process, I appreciate it.

Nate, thank you for your fast return. I checked but still was not able to find a version 4.1.18 yet, when launching the Spine editor.
The bug is not fixed in the latest beta version either.


I might just add another problem related to this, that I recently noticed. This might be a related bug, or maybe I am only unaware and missing something:

When exporting an image attachment animation that was animated the traditional way, (meaning one separate attachment inside the image slot for each frame, and every single frame keyframed with the appropriate frame's visibility toggled), I can import the created json file as a new skeleton correctly, and all keyframes get imported. However if I import it into an existing skeleton, again, the keyframes do not get imported.

Some screenshots:
The image sequence created in the traditional manner (it has been saved as a json file): 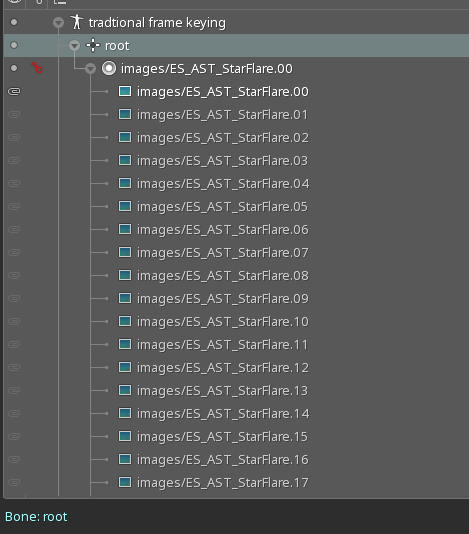 When importing the json file as a new skeleton, everything works perfectly: 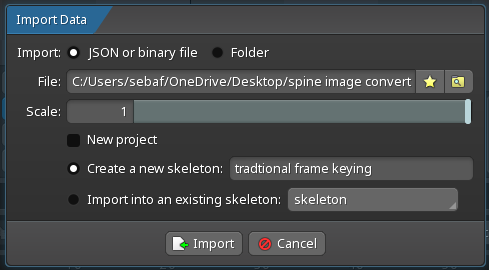 The keyframes were imported that way:

However when importing the exact same json file into an existing skeleton, the image attachments get imported but the keyframes do not get imported (and that happens with either option selected 'Replace', or 'Ignore'): 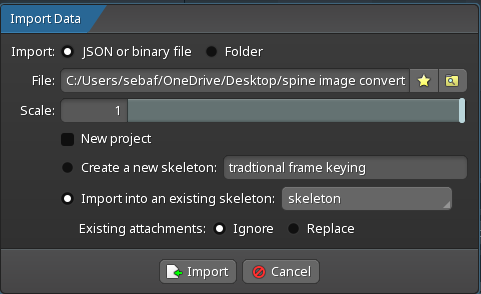 The keyframes have not been imported:

Thank you very much for the clarification!

It's working now, thanks!

We are glad to hear that! Thank you for getting back to us!